I decided that we would have a early Josh-birthday celebration in Nashville. Since high school I've had a final or a finish-up-the-quarter-hecticness on my birthday, Dec. 15. Here are some pics of us at my favorite bar in the whole world. The place is Robert's Western World (Contest: free mixed cd of christmas music to whomever can name the very famous indie-country band from Robert's, Brittany is disqualified). I have an affection for Robert's because when I lived in Nashville for 2 summers, while doing my montessori training, I used to go to Robert's, at least twice a week and write papers and listen to music. Robert's has a great band playing all day with no cover charge. I love old school country music, I grew up listening to Bob Wills and his Texas playboys, and this band played alot of Bob Wills. From the pics you can see how utterly cool my kids are with just chillin' listening to the music. Henry could hardly conceal himself at times and Ava liked to put dollars in the tip jar, the band leader said, "This man is raising his kids right, look at how excited she is to hear Bob Wills." I love my family!! 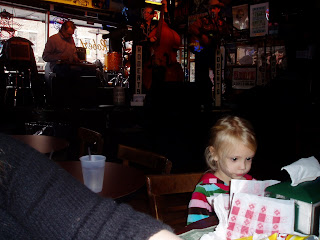 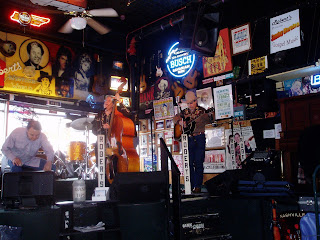 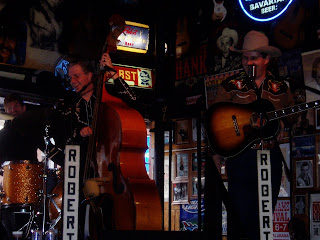 Do I still get a prize?

why not, send me your address.